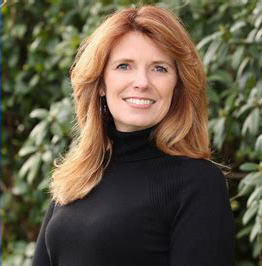 I’m thinking that a lot of Democrats, including many moderate/conservative democrats like me, are going to vote for moderate conservative Republican Christine Drazan and her logical agenda for Oregon Governor. They may not to want to admit it to their friends or to the pollsters, but I have a hunch that many Oregon Democrats are going to vote for her. I don’t think many conservative, moderate, and even progressive Democrats are going to vote for the radical candidates who that are owned by the unions, by international criminals like George Soros, and by the American radical left.  The radicals and extremists have gone too far and are ruining this beautiful state and our beautiful cities for all of us. Forget the party affiliation and let’s all ask – who can fix this mess? A lot of people of all political persuasions are thinking – CHRISTINE DRAZAN !

What’s really nice about going into a voting booth, or mailing in your vote, is that no one knows who you are voting for. You can go into that booth, or mail in that ballot, and you can vote your conscience. And your conscience should be what’s best for Oregon and America not what’s best for some political party. Christine Drazan acts more like a conservative Democrat than a Republican because she believes in just doing the right thing, PERIOD for the average Oregonian, and our country.

I do believe the Oregon Democrats are trying to make the minorities, the homeless, the addicted and others into victims in ways that that support their radical social agenda, which appears to be the basis of their strategy. They are not victims in the way that the radicals want us to think, and many of these ‘victimized’ people want to stand up and lead a better life. Which is what the Republican Party supports, and Christine Drazan has gotten difficult jobs done in the past and I think she deserves our support. That’s what’s great about not changing your party because you can still vote for her, and smile at those Sunday dinners, while all your family and friends are going bonkers. And if she doesn’t deliver on her promises, just don’t vote for her again. But I’m pretty sure many of us will vote for her now and in the future because she will deliver, and I think the voters are going to give her chance to prove it.

“We need our city and state back”

If the Democrats-In-Charge (The DICs) had even done a mediocre job, you wouldn’t consider this approach, but these Democrats have ruined our state. The nation’s citizens, not the bought and paid for leaders, think Oregonians are crazy to have put up with the far-left Democratic Party’s radical, corrupt, crime ridden agenda. I’m now talking more about Portland, headquarters for Antifa and our Soros-bought DA, as well as one of most off the wall liberal+++ Mayors ever to serve in the office of mayor anywhere in America.

Having said this, I do also believe that the Democrats may  an opportunity to pull it together in the future, after we blow this one up. I’m a conservative Democrat myself but I’m “not” going to vote for the current Democrat loony tunes agenda. I’m going vote for DRAZAN because I don’t believe the Democratic Party cares about me or any of us. They want to stay in office and keep power, at all cost to humanity, especially our safety. They want to control me, and I frankly don’t want to be controlled. I don’t want to be controlled by any party. I think if you vote with your conscience, you will vote for DRAZAN because she cares and can make a difference. It will be tough to clean up our mess, but I think she’s up to the task. I know one thing no one else running is, even close. I think we will see prosperity under her agenda, and with our support, better jobs for those who are now being exploited by the Democratic Party. We with her help we can help them lift themselves up to a better life, getting better jobs that allows the regular Oregonians  to live  with dignity, and again be  proud to be an Oregonian. 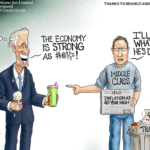