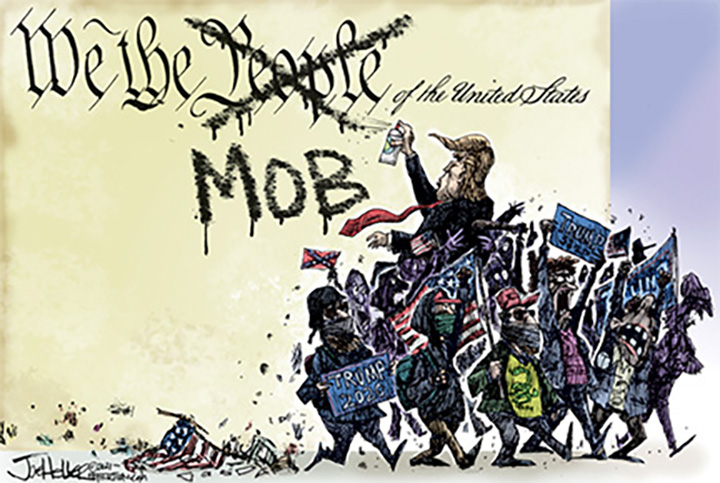 Cartoon Credit:  Thanks to Joel Heller

LET’S MOVE ON – TOGETHER

We totally condemn the rioting and destruction in DC in the name of politics. The few people responsible do not represent our American ideals or beliefs. It’s time for us to lick our wounds and move on.  2020 was probably one of the worst years in the near history of the United States.  We’ve lost a lot of productivity, ambition, and it’s time for us now to figure out what we can do together to Make America Great Again – for real.  Politically I believe the Conservative Party is as committed as ever to try and protect our country and take care of other countries when and if we can, not by sending them by money but by sending them people to help.

We need to pull together and have a system that’s going to help us take back the Congress in 2022.  If we can do that, it will minimize the damage that the liberals will do.  I wish them well as a Democrat, and I hope they don’t go too far in their agenda because America does not want Socialism and they know it.  They want to force it down our throats.  They want to use the pandemic to gain more power and control of us.  The pandemic definitely wasn’t handled perfectly, but it was handled as best we could handle it at the time.

I would love to see us put together an agenda with many different facets to it.  The Trump organization should be part of it because they’re so strong and they know so much about what they can do, and no doubt they will have some leaders for us in the future.  We have an organization called Voters Town Hall.  If you have a chance, look it up.  Voters Town Hall is a way to raise billions of dollars for ALL people running for office, whether you’re the mayor of a town of 500 or ex-President of the United States.  We believe with the help of the Trump organization in developing this project we could raise billions of dollars to take back the House and the Senate in 2022 and obviously the conservative presidency in 2024.  We need a more conservative approach.

We need to minimize the impact of the liberal agenda as it’s going to be controlled by so many different people with so many different agendas.  The good news is we can exploit the division amongst that system.  I am Democrat but a conservative one.  I believe in America, I believe in capitalism, but I believe in a huge social safety net where we take care of those who can’t take care of themselves.  We help to get people off the streets.  All of this could be done so easily if we wanted to do it, but the liberal agenda does not want that to happen.  They want to make these people victims, in my opinion, as well as minorities so that they can keep racism on the agenda instead of helping fix the problem.

Well, if we fix the cause, it will be a little bit more difficult but very do-able.  Think of how much happier we would be if we helped people lift themselves up to feel good about themselves and make things happen.  It’s so easy to do.  We have so many opportunities.  Why are we exporting jobs and importing workers when we have people right here that can do the work perfectly well?  We can automate a whole lot more.  If a robot is building a product in South Korea, why can’t that same robot build it in the United States?  It makes no sense to me.

The same with our national debt.  I believe that our national debt should be owned by Americans.  Why?  Because all of that interest that we send to all these countries all over the world or other people hurts our country.  If we were paying that interest inside our country, think about how much better off we would be.  Think of the war bonds in World War II.  That’s what we did.  We took foreign debt and brought it back to the United States, and in most cases it helped us increase more money to make more machinery for the war.  Those are the kinds of things we need to be concentrating on.

How do we fix and uplift what we’re doing and with a positive attitude?  This negative attitude that everything is bad is never going to help anybody.  It’s never going to help people.  It’s not going to help individuals.  It’s certainly not going to help our country.  Whether you like Trump or not, he tried to do it.  You may not like how he did it, but he did a lot.  I will guarantee you, our economy and some of those things are going to have some issues in the near future, especially if we take $5,000 or $10,000 out of every family’s income, raising their taxes by taking away the Trump tax savings.

And when they say they’re only going to raise taxes on the rich, they’re going to let the Trump tax expire.  That alone is going to raise the average family’s taxes $5,000 or $6,000.  So, don’t believe everything you read or think you know.  Do some research.  That’s what I recommend.  I don’t believe everything I hear or read.  But more importantly, what are we going to do about it?  Are we just going to let it happen, sit back and watch?  That’s not the America I want to live in.  Hey, we are the best of who we are.  Are we the best in the world?  Who knows?  Who cares?  If we do really well in America, I think we can be the greatest country, one of the greatest countries on earth, and by doing that we can help the rest of the world.  That’s what I want to see.  I want to see us take care of ourselves first, though.

It’s like an alcoholic – he can’t help other people until he takes care of himself first.  And being a recovering alcoholic myself, I understand that very well.  I had to take care of myself before I could help others.  I am trying to help others in any way I can.

Let’s take a positive attitude.  Let’s take the shellacking, stop whining about it, and stop wasting our time.  I do think a lot of things were done wrong.  I do think there was a lot of corruption involved, but it’s not going to do us any good to dwell on it, but let’s expose and stop it.  We need to move on and see what we can do positively for the future.

We would love to hear from you.  We would love you to write your own opinions and articles.  We will post them.  Whether we like them or not, we will post them because Unpolitically Correct only means one thing:  Say what you think with respect and with facts.  Don’t send us a bunch of stuff without facts, please.  You need to support your thoughts and your opinions, and it really isn’t much of an opinion if you don’t have facts behind it.  That’s why we believe in true debating so much where people come to the table with the facts.

One thing I do know about liberals – they are fabulous at one thing…talking about everything with no facts.  They’re afraid of facts.  Facts scare them to death because they rarely support their theories.

“STOP TALKING AND DO SOMETHING”

Religious Tolerance Isn’t Only Once A Year 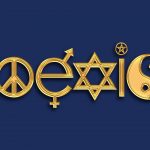 THIS ISN’T THE WAY TO TREAT EACH OTHER 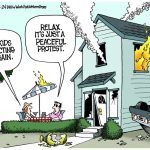