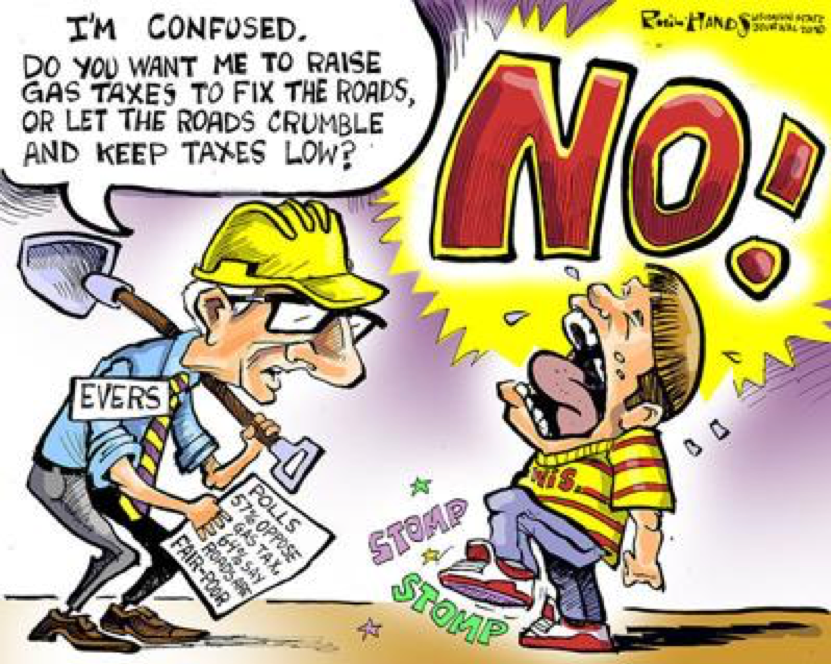 A self funding transportation bill would be better for the taxpayers.

I would exclude commercial, freight, and service vehicles.  Also, people below a certain income level should get a credit for some of that tax.  If you make less than $15,000 to $20,000 a year, you should get some credit for that tax.  It shouldn’t be a tax on the poor. It makes sense to keep the freight companies exempt from it since the tax payers would just end up paying for it twice anyway.

In this bill, there would be no new state highway taxes or gas taxes allowed for 10 years.  This is only a 10 year tax.  Once we have paid back the trillion dollars, there’s no reason to keep the tax going.  Make it a specified user tax deal. We need to do a whole lot more of that.  The only way we can make our government accountable is to do something that has an end date. This way we know where the money is going and can minimize the corruption and waste. If you just throw a trillion into the general fund we’ll be lucky if $200,000,000 comes out.  With this I’m hoping $900,000,000 comes out.

This would be for toll bridges and toll ways–same deal, 10 or 12 years, whatever it takes to pay off the bridges or the toll ways , and then they go away.  These are not in perpetuity like the ones they build in California and on the east coast where they keep selling them like a building.  No.  What many people don’t realize it that most major bridges in this country were toll bridges at one time or another and once they were paid for, the tolls were taken away.  You can still see the benefit from them.

So, if we did $800,000,000 now it would be replacing some of the interstate bridges that really need to be replaced and they’d become toll bridges for 10 years.

That’s being looked at all over the country anyway, including some of the new highways.  These would have to be for new highways, not the old ones.  That’s what the other budget would be for.  A new highway that would provide a shorter way to get somewhere or provide lighter traffic–a reason for someone not to mind paying a toll to use it.  If you’re just going to run it alongside an existing road, you’re not going to make a lot of people happy about that.  But if you can cut  15 minutes or so off of someone’s commute, they’re probably willing to pay for that.

This is done in the private sector by giving a 10% or 15% tax credit to the people who put up all of the money and then they will purchase a 3% or 4% tax-free bond which will finance the construction.

Now, that just goes until it’s paid off and it’s paid off by the toll ways.  You can repay with the separate toll ways or you can make it one big bond, that each pays their share of. I can make a case for one big toll way which diversifies the fund to a level that you could get a great rate off of Wall Street with.  Yes, temporarily take a little bit of money.  It will take 10 years to spend all that money so it’s going to have no effect on the stock market.  Neither one of these things would.

There’s no reason for the government to pay interest on money that’s not needed yet.

Borrow and pay on that money as it’s needed, and you’ll have people waiting in line for these tax credits.  I think a 10% tax credit would be great. I would buy a $100,000 bond to get a $10,000 tax credit. That would come off my tax bill, not my income bill.  That’s why I would do it in a heartbeat. It’s a tax-free bond that I would get a very low interest rate on.

Those two things would make the transportation bill self-funding.

I know we would have to explain a lot of this to the lawyers (Oops, I meant the Congressmen and Senators). They certainly don’t understand budgets or financing. But I’m sure if somebody takes a look at it, we could make the transportation bill self-funding and start it immediately. We could start filling the potholes that are literally shovel ready and teed up to go by so many states. A couple hundred billion could easily be spent next year.  Also, use the newer rubber toppings on the roads that last 30 years so we don’t have to do it again. 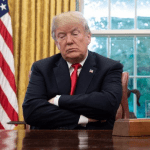 If We Had the Popular Vote in 1860, We Still May Have Slavery in This Country 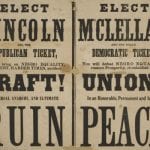