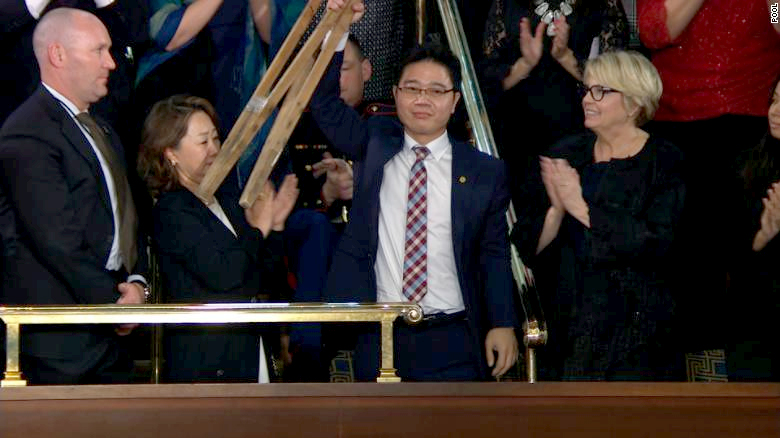 On Tuesday, January 30th I, like many Americans, watched President Trump deliver his first State of the Union Address.  It was an emotional moment for me to listen to him and to witness one of our country’s important moments in history.  Our President talked for just over eighty minutes about the State of our Union.  He spoke of his visions for our future and of the many successes that have already been accomplished.

But as I watched this historic moment I couldn’t help but notice many nuances that were happening in that chamber.  So many heroic people were being recognized and given tribute every one of them so very deserving of it.  Yet they weren’t given the true respect and honor that they deserved.  I thought the President did a fine job telling their stories and describing their bravery.  But I didn’t see the audience showing these amazing people the honor they so deserve.  What I saw was half of the room standing, clapping, showing true gratitude and respect.  But the other half sat solemnly in their seats showing no acknowledgment of these people.

As I kept watching I kept thinking this can’t be right.  So afterwards, I went back and re-watched it.  I even printed the President’s speech so that I could read it verbatim.  Just to make sure that I didn’t miss something.  I enlarged the video to see if I really was seeing half the room refusing to stand and acknowledge these people.  The good news is I think more people did stand then I thought were.  But, unfortunately there were still too many people who did not.

This is how far hate can go if unchecked.  We must get our representatives back to doing their jobs and not let their hatred for one another take them over.  This kind of hatred in our Congress is hurting everyone especially those who are relying on them the most, the poor, the minorities, and the immigrants.

I asked a friend if he had watched the President’s State of the Union.  He said no.  He had gone to bed early, but he said he’d heard from co-workers that it was full of hateful things from President Trump.  How is this so?  I watched it.  I read it.  I heard and witnessed nothing hateful from him. He called upon everyone to set aside their differences, to seek out common ground, and to summon the unity needed to deliver for the people they were elected to serve. How was that hateful?  I also, heard another friend comment that their Democratic friends actually refused to even watch it.  How can you hold an educated opinion when you won’t even watch or listen?

There is just too much hate going on out there.  When people are so biased because of their own beliefs that they can’t even listen to or give a fair assessment of a speech that worries me. We need to be more open minded and freethinking.  We need to stop giving in to narrow mindedness.

What I do know is that I appreciated President Trump’s State of the Union. His acknowledgment of the many heroes in the audience brought a tear to my eye.  My heart goes out to every one of them.  And when he said that we were with them, we love them, and we will pull through this together I believed him.  Because I am there for them as well as so many of us are.

Government Vs. Private Sector VA Hospitals…Let’s Do Both And Look At The Results 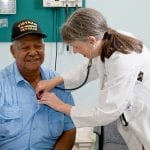 Let Us Invest In Workforce Development 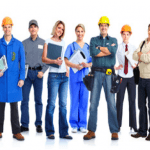