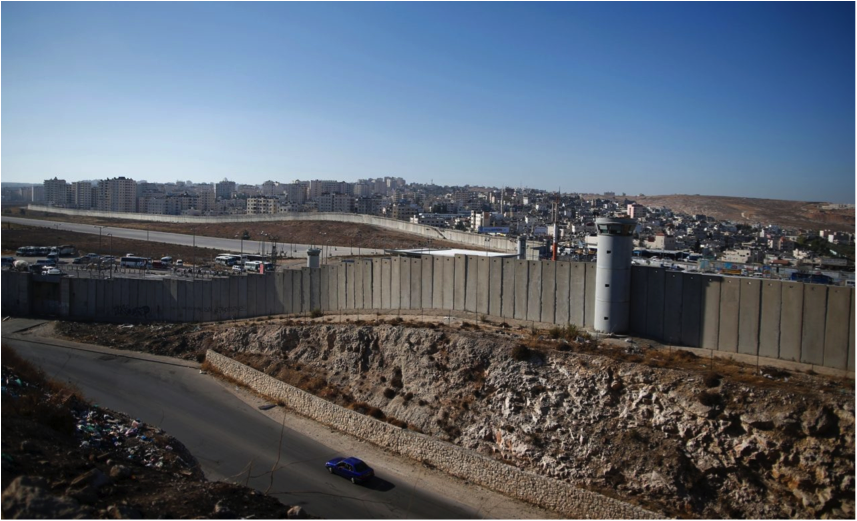 Again, we need to have the wall and not DACA without it.  We need to do total immigration.  It seems crazy to focus on 850,000 people instead of the 11 or 20 million other people who are here illegally.

Like I’ve said before, let’s give the folks who pose no threat to us temporary green cards.  Read my article 5-Step Total Immigration Reform Program.  DACA isn’t the answer.  We need to address the bigger picture.  By building a wall we can help eliminate a large portion of the crime and drug trade that has been pouring into our country.  We have by far lost more lives to this than we have in the Middle East (and at least ten times the cost).  We also need to build our workforce and provide opportunities to immigrants to allow them to be successful.

I don’t understand why the Democrats don’t see the importance in this.  Why are they so focused on only 850,000 people when we can do so much more to better this situation?  The world needs to understand that we are not trying to stop immigration.  We are trying to stop the drug trade and terrorists from invading our country and we are trying to provide better opportunities to those who are already here.  I’m beginning to wonder if all of the opposition to this isn’t only because of the additional votes the Democrats think can be secured, but if it is because so many of our politicians are corrupt and getting money out of all of this?  How much are they going to lose if this mess gets cleaned up? The Republicans need to take the lead by doing the right thing, which will ultimately end up winning them the votes from the immigrants.

One also has to wonder what would happen if the drug trade were cut in half?  Would we need as many people in our government?  We all know it’s overstaffed with a large bureaucracy and costing us far too much money.  We definitely do not have an income problem.  But we do have a very bad management problem.  There are far too many cooks in the kitchen.  I think our President recognizes that but he does not have a Congress that is willing to listen and work with him.  I know we could run our government so much better with fewer people complicating everything.  Empowering those who do a good job and getting rid of those who don’t. We need to cut out the bureaucracy and red tape and empower people to do their jobs and do it well.

The way I see it, we have two wars that building a wall can help solve.  This is the war on poverty and the war on drugs.  But for now, let’s talk about helping the poor.  If we help the poor then the middle class will rise as well. I really think that the rich need to just jump over the top of the government and the middle class and help the poor directly.  Let’s develop better organizations that will help people lift themselves up on a permanent basis.  The welfare system was designed to temporarily provide aid to those in need while they got back on their feet.  It was not designed to become a permanent lifestyle.

We need to find incentives to motivate people and to lift them up.  If drug abuse is the cause of their situation then let’s get them into a 90-day rehabilitation program.   They need the time to really change their attitudes and to learn the skills they need in order to be successful out in the workforce.  We could set up housing programs that correspond to their jobs.  If we could reallocate the government funding to go to the private sector the sky is the limit on what kind of successful programs we could establish.

Provide the skills and training so that the poor can work.  We need them to join the workforce especially with the jobs coming back into our country.  Let’s not forget.  Our country was built on the assembly lines and in the factories.  We need to re-invent that class of workers.  Again, these jobs are coming back home.

Companies need to start taking advantage of the tax credits they can use by hiring and training these folks as well those they can take for hiring veterans and minorities.  But it needs to be done fairly.  The unemployment rate shouldn’t be any higher or lower for any group or class of people.

This is the building block for the American dream.  We need to bring pride back into the workplace.  We need to provide the training and the opportunity needed for anyone to work their way up the ladder.

Let’s face it.  The war on poverty has been just as huge a failure as it has been on drugs. If we put up a wall it would help address both. At least try. Let’s give the less fortunate the opportunity to build their lives.  If they have this opportunity they are less likely to go towards a life of crime or drug addiction.

Let’s build the wall.  Forget about how much money it will cost.  It will cost us less than 1,000th of a percent of what we have paid to the war in the Middle East. Use the Army Corp of Engineers to build it or start the project and oversee it.  They could build it fast and be the most cost-effective.  The wall needs to be completed in the next three years and the Army Corp of Engineers could do just that.  Read my article 5-Step Total Immigration Reform Program.

Let’s legalize the immigrants and give them temporary green cards so that they can work.  Let those who speak little English learn more and work in the farming communities where the labor is needed.  Legalizing them will result in them being more productive because the fear of being deported will be gone.  Again, let’s legalize the decent, hardworking folks and deport the bad actors.

Imagine if the government were to just take over and bypass the local police and go into the sanctuary cities and deport all of the illegal immigrants who are breaking the law. It would be more expensive and all it would take is to go into one or two major sanctuary cities and the Democratic politicians would go crazy.  But the message would be made.  We need to clean house. Use their federal grants to pay the Feds cost.

Our government needs to become more proactive.  We need to let the newer, fresher politicians think outside of the box.  We need the longer-term politicians who are still thinking with a 1940’s mentality to open the doors for new ideas and get with the modern times.  Things change and the world evolves and so must we.  We need to build the wall and do total immigration reform and have faster legislation. 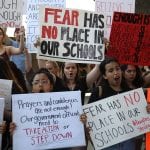