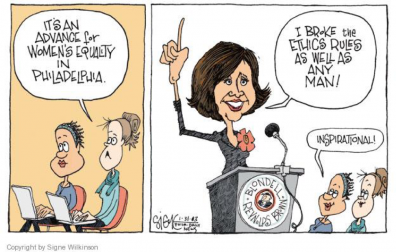 This year I lost some respect for the Women’s Hall of Fame.

Jane Fonda and Angela Davis?  What are they thinking?

I am all for women’s rights and the empowerment of women.  Just meet my wife.  She is one of the most intelligent, strong and amazing women I have ever known.  It is her strength, intelligence, conviction, and true inner beauty that I fell in love with and have the utmost respect for.  She is my rock.  It is these wonderful attributes and everything else about her that makes her a great mother to our daughters and are a huge part of why our daughters have grown to be intelligent, successful women with a strong voice.

But Jane Fonda and Angela Davis?

Hanoi Jane hurt and disrespected so many of our soldiers with her anti-war rhetoric.  She has been the perfect example of another Hollywood elitist using her status to promote her ideologies.  She is a great example of living the American dream…actress, activist, model, exercise guru.  I think my wife still has one of her VHS workout videos floating around in our attic.  Does that make me a hypocrite? I wonder if her Beverly Hills mansion has a wall built around it?

And Angela Davis, a woman who for decades supported the governments of the Soviet Bloc.

A woman who ran as a candidate for the communist party of which she was a member of until 1991. Though she was charged and acquitted of conspiracy to murder, it was she who purchased firearms for the security guards who used them in the 1970’s armed takeover of a courtroom in Marin County.  I wonder what her stance is on gun control.  Do you think she falls under the “red flag” rule?

I get that we are supposed to accept that and move on. Don’t get me wrong.  Women have progressed a ton and so much of it is due to the many female activists and the sacrifices of their predecessors.

What I do ask is when do we get tired of the double standard?  We have conservative individuals who are completely ostracized for doing far less than these women have done in their past.  But because they are conservative they are unforgivable and inexcusable.  Yet these women get indoctrinated in to the Women’s Hall of Fame.

I’m so tired of the liberal double standard. 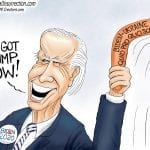 If Bill Maher’s Prayers Get Answered, Then We’re Headed For A Recession 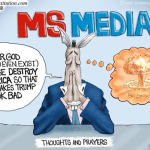